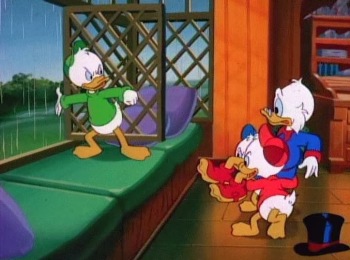 The evil nephews throw Scrooge out of his mansion.
Advertisement:

Magica casts a spell over the McDuck mansion, causing everyone to hallucinate their worst nightmares.