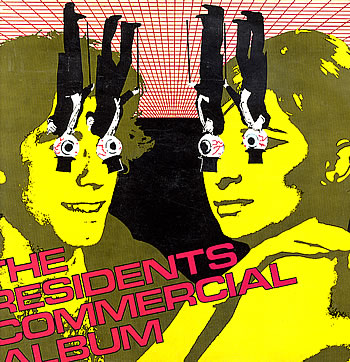 "Easter woman came today and took away my wife... Took her through an open doorway to the afterlife..."
Advertisement:

Commercial Album is one of the most iconic albums by The Residents, released in 1980. A Concept Album built around the premise that mainstream pop songs should be combined with advertising radio jingles, which would result in a total commercial success. Each song on Commercial Album is therefore only about a minute long, much like a radio advertising spot. Listeners are instructed to play them three times in a row to get the feeling of a typical pop song, if they want that experience.