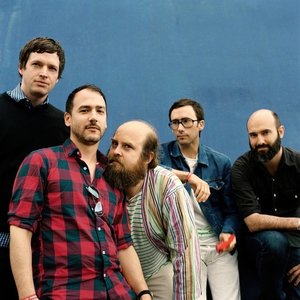 Formed in 1995 in Providence, Rhode Island at the Rhode Island School of Design (where acts like Lightning Bolt, Talking Heads, and Fang Island also originated from), Les Savy Fav began as Noise Rock/Punk band before becoming a hybrid between Noise Rock and Math Rock. After a hiatus in mid-2005 following the release Inches, they released Let's Stay Friends in 2007. In 2010, they released Root for Ruin. Their music has been featured in Grand Theft Auto IV (Raging in the Plague Age), MLB 2K7 (Hold Onto Your Genre), and True Blood (Let's Get Out of Here).