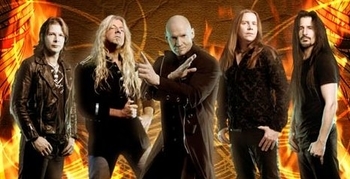 Primal Fear is a Power Metal band that has its origins at half of The '90s.

Ralf Scheepers sang in different bands before landing the lead vocalist role in Gamma Ray, with whom he recorded three albums before a series of events led him to leave it. (Contrary to popular belief, he NEVER auditioned for Judas Priest) Thus his next step in music would be the formation of Primal Fear, alongside Sinner members.