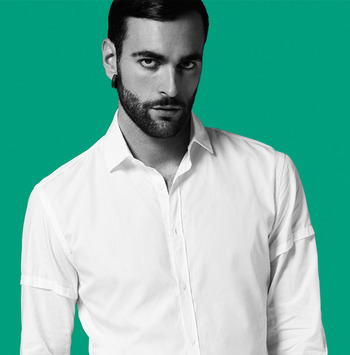 Mengoni is best known for representing Italy at the Eurovision Song Contest 2013 with the song "L'essenziale" note English: "The Essential", earning him a seventh place finish in the final. The song was a hit on the Italian chart, ultimately becoming the highest-selling single by an Italian artist that year. A Spanish version of the song, "Incomparable", was also a commercial success in the country.

Prior to his success at Eurovision, Mengoni won the third season of Italy's X Factor in 2009. His victory also awarded him an opportunity to compete at the San Remo Festival 2010, where he placed third with "Credimi ancora". He returned to the competition in 2013 and won, allowing him to proceed at Eurovision.

Mengoni also provided the voice of Once-Ler in the Italian dub of the animated film The Lorax.