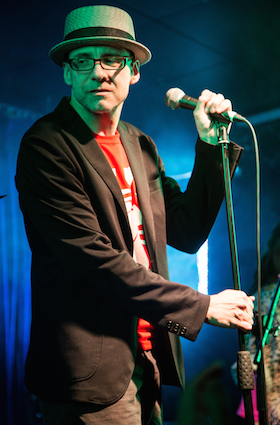 John Hall used to be a street performer / poet, but he eventually decided, to quote, "20 minutes of me reading poetry are boring", thus King Missile was born.

Their style can be described as several minutes of Hall reading his free verse poetry, accompanied by various music.

Notable for being extremely quotable.