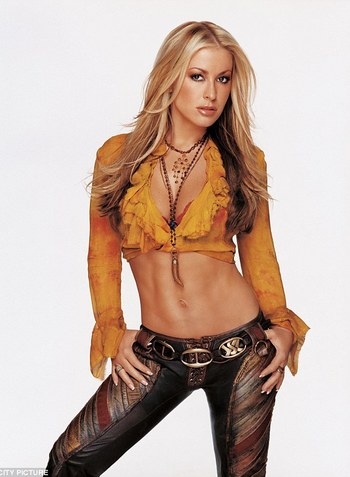 Anastacia Lyn Newkirk (born September 17, 1968) is an American recording artist and singer who first made it big in 1999 with her global smash hit "I'm Outta Love", the second single off of her debut album "Not that Kind Afterwards she went on to become a global super star with two other smash albums 2001's Freak of Nature and 2004's Anastacia. Her success internationally was immense as she was said to have sold 20 million records by 2005 with just her first three albums alone. However, despite her global success she was never successful in her home country, in fact only one of her songs has even manged to chart on the Hot 100. She then went on to release a greatest hits album, Pieces of A Dream, in 2005 which was met with moderate success. Unfortunately, her career began to slow down after 2008's Heavy Rotation which failed to meet the performance of her previous three albums. In 2012 she released a cover album titled It's a Man's World and followed it up with two further studio albums, Resurrection in 2014 and Evolution in 2017.