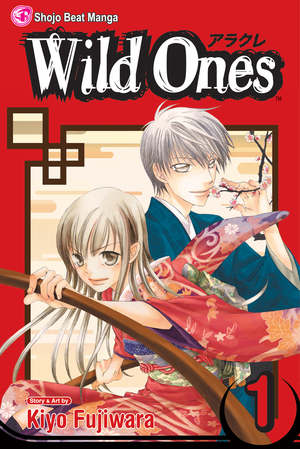 Wild Ones (Arakure) is a shoujo manga by Kiyo Fujiwara, which was serialized in Hana to Yume from 2004 to 2009 and compiled into 10 volumes. Viz Media licensed the manga in English under their Shojo Beat label.

When Sachie Wakamura loses her mother, her estranged grandfather suddenly shows up to care for her, only to find out that her grandfather is actually the head of a Yakuza gang and she's a Mafia Princess, with the ever popular and infuriating Rakuto Igurashi as her guardian. Now Sachie's just trying to live a normal life while in a house filled with gang members, and trying to find out what exactly is Rakuto's deal...

Wild Ones employs the following tropes: