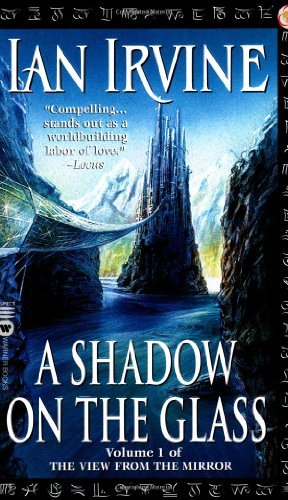 Sci-fi/fantasy series (2 quartets, 1 trilogy and one series to come) by Australian author Ian Irvine dealing with the "Three Worlds" Santhenar (setting of most the series), Aachan, and Tallallame, and the four humanoid plus one races living there. Quite gritty and realistic; characters range from flawed to plainly insane. The series is also noted for its seemingly random mix of magic and science, and also large span of events.