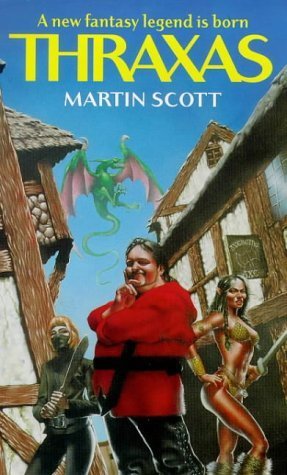 The Thraxas novels are a series of comic fantasy punk/detective novels by Martin Scott. Thraxas himself is an overweight, drunken, failed sorcerer, who also happens to be a skilled swordsman and the best (or at least, cheapest) private detective in the corrupt city-state of Turai. Aided by his friend Makri, an ex-gladiator girl who tries to pay for her education through working as barmaid, he constantly gets into dangerous situations and (in later books) embroiled in political intrigue, but a combination of luck, detective work and Makri's axe always gets him out again.

The series doesn't have a conclusion. Thraxas and the Ice Dragon has appeared at March, 2013 after 7-year pause, and the author proposes further continuation.