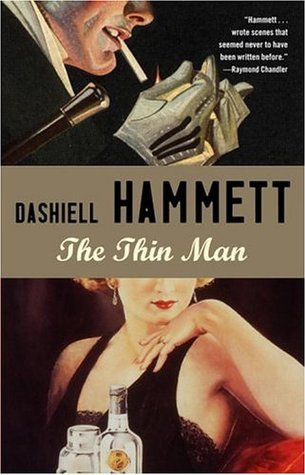 The Thin Man is a 1934 detective novel by Dashiell Hammett.

Nick Charles, a former private detective who retired for a life of ease after marrying Nora, a wealthy socialite, is drawn into investigating a murder. The Other Wiki notes: "As they attempt to solve the case, Nick and Nora share a great deal of banter and witty dialogue, along with copious amounts of alcohol." The "thin man" of the title is Clyde Wynant, a suspect in the case.

The novel has been largely displaced in the public consciousness by the popular film adaptation starring William Powell and Myrna Loy, which was followed by five sequels and a spin-off TV series, and resulted in a popular confusion about the title character; in order to keep "The Thin Man" as an overall title, in the later film sequels and the TV series the thin man of the title is Nick.

Not to be confused with The Slender Man Mythos.