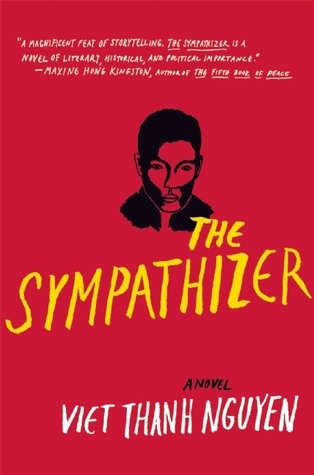 The Sympathizer is a 2015 novel by Viet Thanh Nguyen.

The story opens with the unnamed narrator, an aide-de-camp to a similarly unnamed General in the army of South Vietnam. In 1975, as South Vietnam is collapsing, the narrator manages to get the General on a flight out of the country. Also getting out of the country is Bon, the narrator's best friend and an anti-communist zealot. The three of them eventually make it to America and attempt to start new lives in exile.

What neither Bon nor the General know is that the narrator is a deep-cover Communist spy for the North Vietnamese. His other best friend, his handler Man, prevails on him to continue his mission in the United States, spying on the South Vietnamese exile community on behalf of the government of now-united Vietnam. It turns out to be a wise precaution, as the General, unable to adjust to his diminished status in America—he owns a liquor store—elects to assemble an army of volunteers and invade Vietnam.