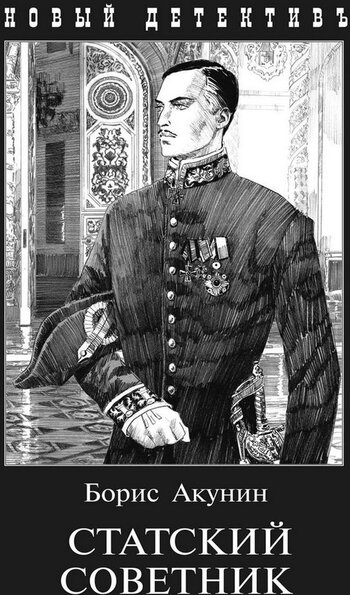 The State Counsellor (Статский советник) is a Russian detective novel from 2000, written by Boris Akunin. It is the sixth novel in the Erast Fandorin series of detective stories.

The book is set in Moscow in 1891, two years after the events of the previous Fandorin novel, Special Assignments. The story opens with an assassin from the "Combat Group", a left-wing terrorist organization, disguising himself as Erast Petrovich Fandorin and using this disguise to assassinate Khrapov, the newly-designated governor of Siberia. The real Fandorin, who has been promoted to State Counsellor and is still serving as deputy for "special assignments" to Moscow governor Prince Dolgurukoi, is tasked with catching the killer and wiping out the Combat Group. He finds himself opposed by Mr. Green, the assassin, and a determined, remorseless enemy. Worse, there may be someone in the government working against him.

In 2005 a big-budget Russian film adaptation was released, directed by Filipp Yankovsky, starring Oleg Menshikov as Fandorin and Nikita Mikhalkov as Pozharsky.