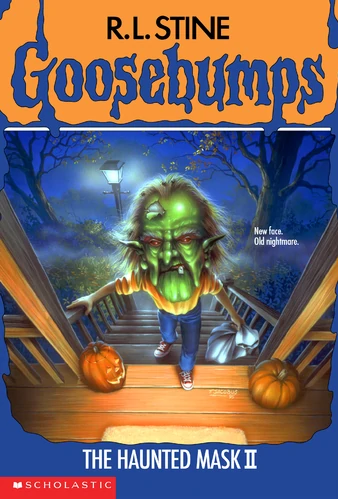 The sequel to the Goosebumps book about the haunted mask, which is about a different mask.

Steve Boswell tormented Carly Beth last year, but after her scary experience she's no longer scared of anything. Steve was so scared by her mask that he has to know where she got it from. She eventually confesses and he and his friend Chuck visit the party store. Steve finds a creepy mask of an old man and steals it. But sure enough, when he puts it on he has a hard time getting it off. And he starts feeling a lot older...

It was loosely adapted into the 11th and 12th episodes of Season 2 of the TV series.

It was reissued in the Classic Goosebumps line in 2018 as a tie-in to the movie Goosebumps 2: Haunted Halloween.