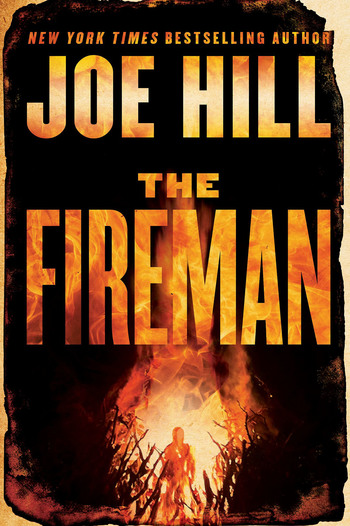 "It was a pleasure to burn."
— Ray Bradbury, Fahrenheit 451
Advertisement:

The Fireman is a novel written by Joe Hill. A deadly spore called 'Dragonscale' that causes Spontaneous Human Combustion has infected most of the world. Civilization descends into chaos as ruthless 'Cremation Squads' murder those who are afflicted.

When Harper, a pregnant nurse, finds herself infected, she vows to bring her baby to term before dying. She eventually finds refuge with a community of infected people led by the enigmatic Fireman, who knows not only how to survive the fire but to control it against those who would harm them...