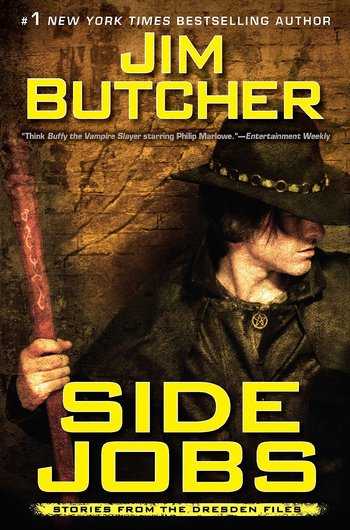 Side Jobs is a collection of short fiction in the Dresden Files universe. It includes 11 stories:

This collection features the first stories in which characters besides Dresden act as the narrator; Harry's half-brother Thomas narrates "Backup", and his close friend Murphy narrates "Aftermath".

The stories in Side Jobs contain examples of the following tropes: