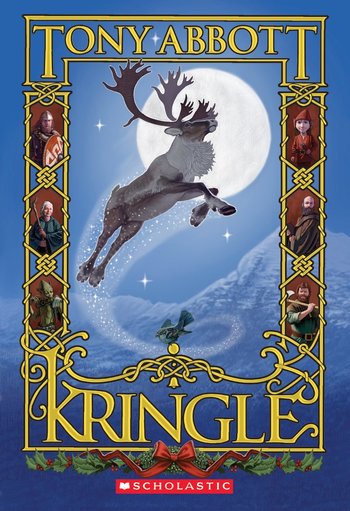 Kringle is an American children's fantasy novel written by Tony Abbott (not to be confused with the former Prime Minister of Australia). The story chronicles the origins of Kris Kringle, also known as Santa Claus. The book was released in 2005.

Deep in the land of ghosts and frost, back in the days of long ago, when elves and goblins still roamed the earth, there was a boy named Kringle. He lived a quiet, solitary existence...until his twelfth winter, when goblins attacked his home and cast the boy out into the wilderness.

Now Kringle finds himself adrift in a strange and frightening world. But fate soon intervenes. Through encounters with elves, pirates, the ancient magic of the time, and the dark threat of goblins massing for an epic battle, Kringle begins to realize that he has a destiny to fill — and that even a lone boy can wield the power to change the world forever.