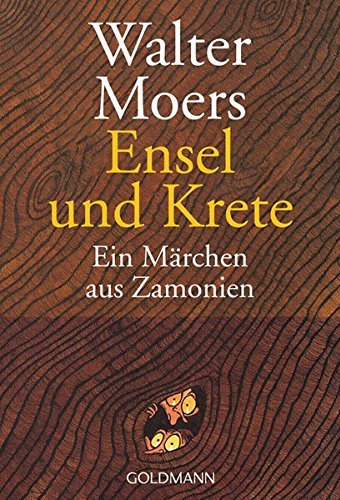 The second book in the Zamonia-saga, sadly not released outside of Germany, and a pastiche on the classic German fairy tale of Hänsel und Grete.

The story follows two young Fernhachens, a race of ever-cheerful Zamonian people, as they venture into the newly-open-for-tourists Great Forest and come across all kinds of weird creatures, some friendly, some not so much.

The story is told by Hildegunst von Mythenmetz (known in English as Optimus Yarnspinner), who was in mentioned in The 13 ½ Lives of Captain Bluebear and then became the protagonist in The City of Dreaming Books. As usual, Walter Moers is just translating into German.

On occasion, whether it's appropriate to the story or not, Mythenmetz will chime in and stop the story dead in it's tracks to go ahead and just kind of talk about whatever he feels like. He calls these Mythenmetz'sche Abschweifungen.

The Great Forest is just filled with all of these tropes: