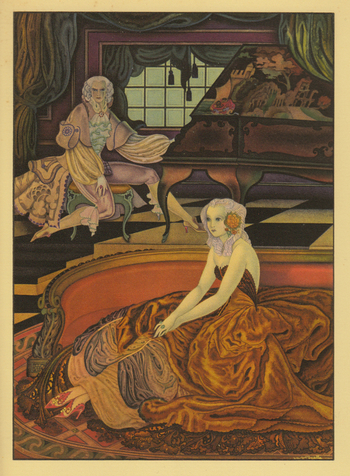 "The Entail" or as originally called "Das Majorat" was a short story written by E. T. A. Hoffmann and first published in 1817. It tells a long complex history of a hall with a twisted history and involves everything from astronomy, murder, a ghost and sleepwalkers. This is Hoffmann we are talking about.