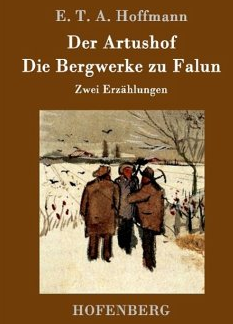 The Artushof or The Court of Arthur or Der Artushof is a short story written by E. T. A. Hoffmann. It's the same story, but translating rules hit this one hard.

Within the story young Traugott is busy doodling instead of working in the sight of a mural showing a Mayor and his page. And he totally wants to fantasize about the page. Then like any normal ETA Hofmann story, things get weird.