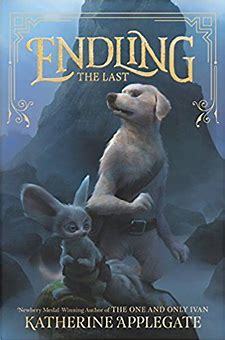 "It's never wrong to hope, Byx. Unless the truth says otherwise."
Advertisement:

A fantasy series by Katherine Applegate, Endling stars Byx, member of a bipedal canine race called dairnes. After the rest of her pack is killed by human poachers, she fears she is the endling of her species. Byx sets out to investigate legends of more dairnes.

The Endling series contains examples of: