Literature / Dishonored: The Return of Daud 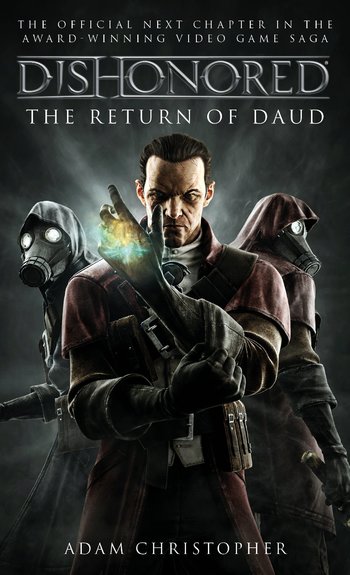 The Knife of Dunwall takes on one final mission.
Dishonored: The Return of Daud is an interquel Expanded Universe novel of the Dishonored Series, written by Adam Christopher. It takes place a year after the events of Dishonored: The Corroded Man and before Dishonored: Death of the Outsider.
Advertisement:

Daud—legendary assassin—has returned to Dunwall, a city in turmoil. He is seeking a mythical weapon, said to have the power to kill the Outsider, and will go to any lengths to find it. But there are those who are watching his every move. Travelling the Isles to complete his mission, Daud will soon discover that old enemies have been waiting for him, and new enemies are easy to make…

It takes place sixteen years after the events of the original game and alongside the second game.