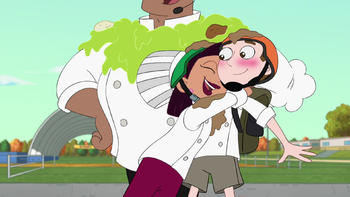 Rooting for the Enemy

Battle of the Bands

The Little Engine That Couldn't

The Island of Lost Dakotas

Season 2
The Phineas and Ferb Effect

Now I Am a Murphy

Sphere and Loathing in Outer Space