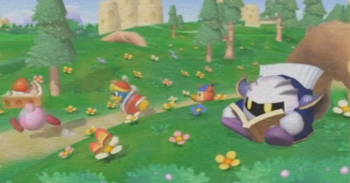 Come on, you guys. Meta Knight's trying to read.