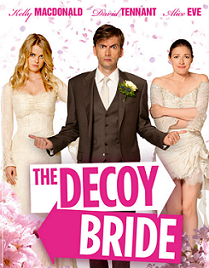 Lara Tyler: You are ruining my life!
Marco Ballani: (gleefully) I've ruined plenty of lives! You're nothing special.

Lara Tyler, an immensely popular movie star, is hounded by the paparazzi due to her upcoming wedding to James Arber, an aspiring writer and author of her favorite book, The Ornithologist's Wife. In an attempt to escape the attention of the press, the two secretly head off to the tiny Scottish island of Hegg, where James' book takes place. Meanwhile, Hegg native Katie laments her luck with men after having just been rejected by her fiancé, and decides to live with her wheelchair-bound mother for the time being. A writer herself, she is drafted into writing a guidebook to Hegg by her old friend Charley.

Lara's agent Steve and his assistant Emma soon arrive on the island, and promptly make over the local ancient castle with an insane amount of money and work in preparation for the wedding, claiming to be part of a "marketing conference" to avoid the attention of the press. However, despite precautions, Lara's most persistent paparazzi photographer is on the scent, and when James bumps into Katie in the local haunted toilet, everything goes exactly not as planned.

With a cast of Kelly MacDonald, David Tennant, and Alice Eve, The Decoy Bride came out in Australia in 2011, not reaching the United Kingdom and United States until March 2012.