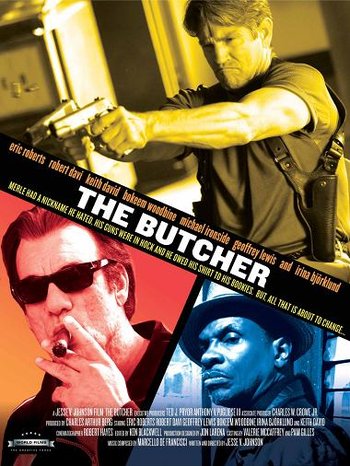 NEVER GAMBLE WHEN YOU ARE DESPERATE
Advertisement:

The Butcher is a 2009 action film directed by Jesse V. Johnson, starring Eric Roberts as the titular character, a mob enforcer and hitman, and Robert Davi as the Butcher's superior in the mob.

Merle "The Butcher" Hench (Roberts) has been working under Murdoch (Davi) for twenty years until he's tricked into taking a fall for his boss. Betrayed and barely surviving an ambush meant to kill him, Merle decides to get even, John Woo style.