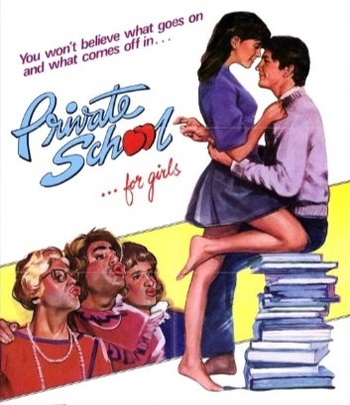 Christine (Cates), a student at an exclusive all-girls private school, is in love with Jim (Modine), who attends an academy for boys nearby. This attracts the attention of Christine's arch-rival Jordan (Russell), who is willing to do whatever it takes to break them apart. A subplot involes Jim and his uber-slob buddy Bubba (Michael Zorek) engaging in sexually-minded practical jokes, while Bubba tries to score with Jordan himself even as he goes out with Christine's cynical friend Betsy (Kathleen Wilhoite).