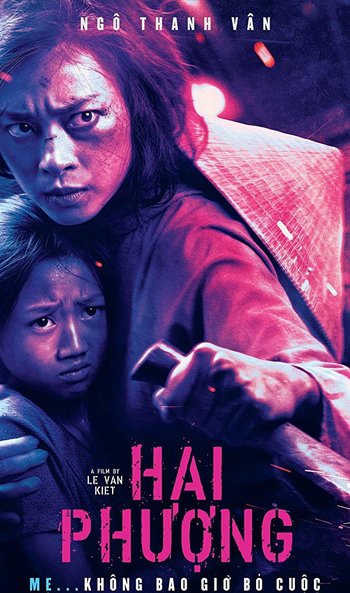 "Never touch a tigress that's guarding her cubs. She will never forget that for the rest of her life."
— Nguyen Chanh Truc
Advertisement:

In rural Cần Thơ town, Hai Phuong is a despised debt collector, hated by many of the residents while barely making enough to support her own daughter Mai. One day at the market, thieves steal her daughter and Hai launches into pursuit, unable to stop the thieves but managing to track them to Ho Chi Minh City.

There, Hai learns of an extensive organ selling criminal enterprise, promising a gruesome fate for Mai if she is not found in time. With the police being slow to mobilize, it's up to one lone mother to confront the gangs herself with only her fists and her ruthlessness to save her daughter.

The film was choreographed by action professionals who previously worked on the 2010s James Bond films and the Mission Impossible film series. It is the highest grossing Vietnamese film in history.

A spin-off was announced titled Thanh Sói: Pain Changes People, which will be a prequel centered on the rise of Furie's Big Bad.