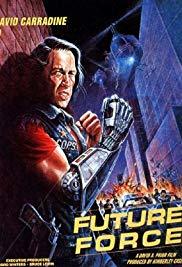 John Tucker is a Bounty Hunter in a future where the normal methods of law enforcement have collapsed. He has become the best of an organization called Civilian Operated Police Systems, or C.O.P.S. for short. Unfortunately, he's also the only member who isn't utterly corrupt. Tucker is hired to protect a reporter exposing the truth, and must battle his colleagues to do so.