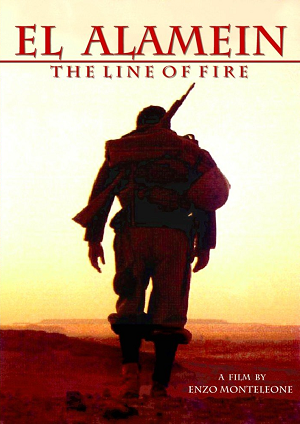 El Alamein: The Line of Fire (2002) is an Italian film directed by Enzo Monteleone, set during World War II and starring Paolo Briguglia, Emilio Solfrizzi and Pierfrancesco Favino. It takes place during the Battle of El Alamein, and follows a group of Italian soldiers from the Pavia division, which is deployed in the south sector of the line, close to the Qattara Depression. A new soldier, Private Serra, arrives on the front line full of enthusiasm. He soon finds out that life on the front line is much more horrible than he had learned.