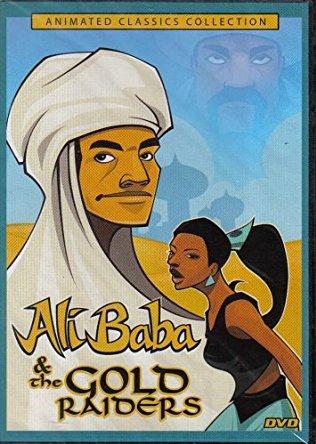 Be warned, the animation in the film looks NOTHING like this one depicted on its front cover.
Advertisement:

A 2002 animated film adapted from Ali Baba and the Forty Thieves directed by Godfrey Honote  yes, that Godfrey Ho and produced by Joseph Lai of Space Thunder Kids and Beauty and Warrior fame. Need we say more?