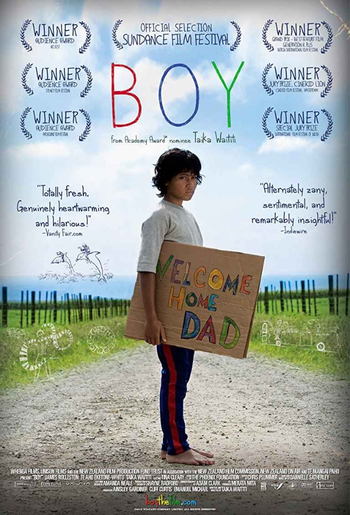 Boy is a 2010 dramedy directed by Taika Waititi.

In late 1984, 11-year old Alamein Ranginui (called "Boy") lives on a small farm together with his grandmother, his younger brother and several cousins. When his grandmother leaves for the city for a week and he is left in charge of the house, his previously jailed father, also called Alamein, suddenly appears. While Boy often dreamed of a life with his father and hopes to get closer to him again, Alamein is out to find the robbed money he once buried in the area. Soon, Boy realises that his father is not the idol he always imagined.