Fanfic / I Will Remember You 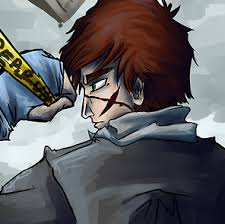 He remembers everything.
"Don't ever forget me."
— Ulrich

I Will Remember You is a Darker and Edgier Code Lyoko fanfic written by Brezifus. It follows Ulrich Stern as he is dragged away from his life and sent to live with his father. In no time, Ulrich is horrifically abused and mentally destroyed by his father. After years of taking it and gaining many scars in the process, he throws his father through a wall, and is sent back to his old life under a new name: Reese Anders. He finds his old friends have changed greatly, and only Aelita seems to recognize him.

Living under this alias is hard enough for him, but when his father begins stalking him and his friends, he is forced to confront his worst fears.

Originally written from 2007 to 2009, and accompanied by many illustrations on DeviantArt, it has received wide acclaim in the Lyoko fanbase, a spot on the show's Fansite, and even a Webcomic

remake by the author herself.