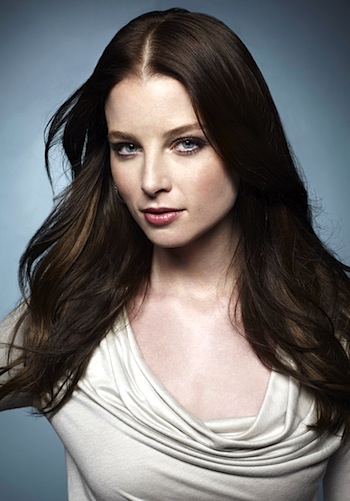 Rachel Emily Nichols (born January 8, 1980 in Augusta, Maine) is an American actress and model known for starring in movies such as Dumb and Dumberer, The Amityville Horror (2005), G.I. Joe: The Rise of Cobra, Star Trek (2009), Conan the Barbarian (2011) and TV's Alias and Continuum.

She attended Columbia University. Nichols studied economics and psychology, as well as drama, graduating from Columbia in 2003 with a double major in math and economics.

During that time, she began modeling, launching a successful career with work for such high-profile companies as Guess?, Abercrombie & Fitch and L'Oreal.

Tropes that appear frequently in her works