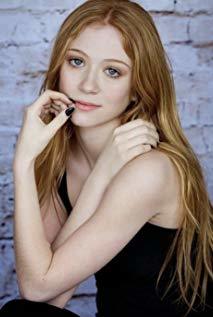 Liliana Berry Davis Mumy (born April 16, 1994) is an American actor. She is the daughter of actor Bill Mumy.

As a child, she was best known for playing Lucy Miller in The Santa Clause sequel films and Jessica Baker in the two Cheaper by The Dozen films, and for providing the voice of Mertle Edmonds in the sequel material of the Lilo & Stitch franchise. She also portrayed Audrey Fremont, the daughter of her real life father's character Anthony Fremont, in "It's Still a Good Life", an episode of the 2002 revival of The Twilight Zone that is the sequel to the iconic episode from the original 1959 series "It's a Good Life".

As a voice actor, she is best known for voicing Roxy in the Nickelodeon version of Winx Club, Beth Tezuka in Bravest Warriors, and Leni Loud in The Loud House.