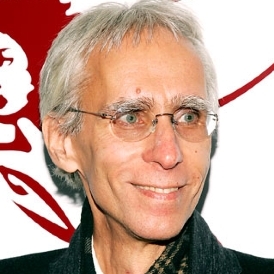 You gather an audience, you do a headstand to get everyone's attention, and then you're free to explore beauty, poetry, truth, the human condition, what you will. Now that's an education.
— David Ives, on learning the value of theatrics from a middle-school English teacher
Advertisement:

David Ives is probably best known for his short plays, which in turn are best known for their cleverness, brevity (we did mention they were short plays?) and their minimal staging requirements. For these reasons, they tend to be popular with college students and actors-in-training.

Most of his short works are published in the collections All in the Timing and Time Flies. These include:

He's also done some full length works, including an adaptation of Moliere's The Misanthrope (under the title The School For Lies) and an original play called Venus In Fur.