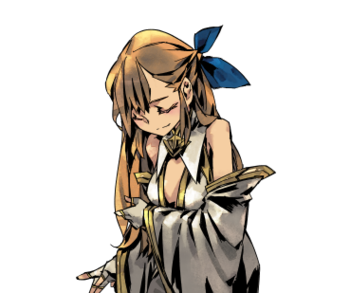 The descendant of a household that has long served the Duke and his family. Like her father, Stella has grown up to help the royal family with their affairs.

Heinrich, a man of many secrets, aroused suspicion after inheriting the Duke's family name. Stella was appointed to his Office, becoming his personal aide. 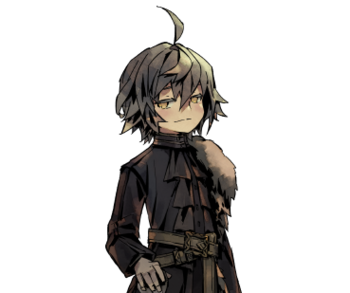 A son of the royal family. When the royal line of succession had all but collapsed, Heinrich was adopted as an heir to the throne. Following the death of his adoptive father, Heinrich assumed his position as head of the family. Heinrich is the last remaining member belonging to a secret society tied to the royal family.

When the vortex appeared in Arta, Heinrich heeded a prophecy from his ancestors. Following its suggestions, he began gathering explorers to create the Expedition Corps. He now sends them to the deepest places inside the vortex, hoping to prevent the end of the world. 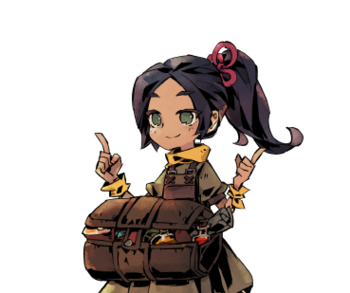 Born in Arta's countryside, Marie lost her parents and hometown to the Esper invasion. She settled in the Kingdom of Arta with the help of Mark, the Expedition Corps Commander. She even started her own business to look after her younger siblings. Her success is marked by her Shop, which she runs herself. 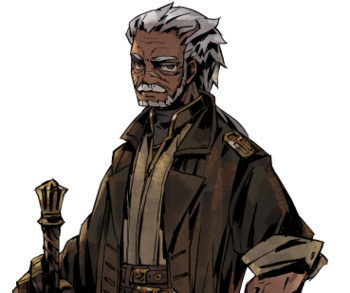 Once the Grand Master of the Knights of Arta, Mark leads the Expedition Corps as its Commander. Mark made important contributions in his youth, and stayed active as an adventurer after retiring. However, the death of his son during the war with the Espers left him traumatized. For years, Mark drank away his sorrows. Even after Duke Heinrich appointed him as the Commander of the Expedition Corps, he still depends on alcohol to dull the pain of his loss. 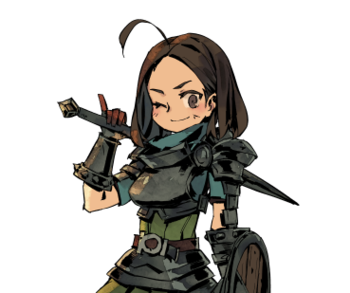 A member of the Expedition Corps who has recently escaped the "rookie" label. Lenni is quite cheerful and full of energy. While many people appreciate her optimistim, her extreme positivity sometimes causes problems. Lenni often glosses over these as incidental happenings, causing even bigger problems to arise. 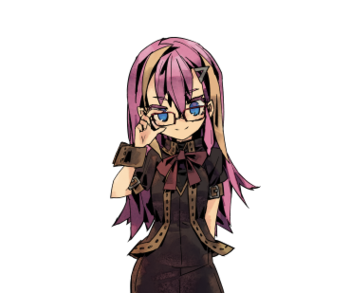 A novice office clerk who oversees the Support Lab that helps the Expedition Center. Olivia has a cheerful but naïve personality, providing strategic support to the Expedition Corps. She has no problem getting along with Expedition Corps members she sees for the first time. She is amiable, always trying her best to provide help. Olivia works hard, but being new to the job, she also makes mistakes that incite confusion. These occurrences leave her considerably flustered. 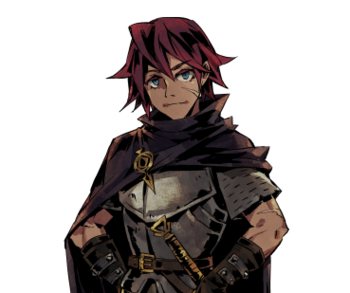 A former member of the Knights of Arta, as well as Mark's subordinate. Feeling doubtful about his chosen lifestyle, even from the beginning, Adel decided to retire. Roaming far and wide, he learned how to handle all kinds of weapons.He has a cool and relaxed personality. A good friend to the Corps Crew, Adel is understanding and trustworthy like an older brother. 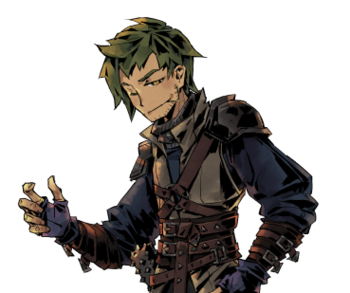 While Hans is an official Expedition Corps member, there is something unsavory about him. Other than that he is not native to the Kingdom of Arta, his origins are unknown. Hans has a sly personality and is hard to read. His selfishness comes across in his lack of comradeship and tendency to travel alone. Depending on the situation, he can also be bafflingly shameless. 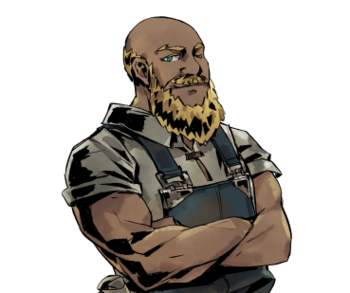 An adventurer who had diverse experiences while traveling the world before the Mist. Coming to Arta to heal his wounds after sustaining an injury, he stayed and ended up becoming the Storage manager. Due to this past experiences, Boris understands the Corps Crew better than anyone else. 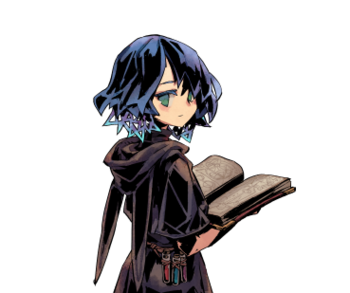 It is impossible to know what Katharina is thinking. A strange young woman who is so reserved that she hardly speaks. When she has something to say, she communicates through Steffen. She can do this without any words, using her gaze alone. By chance, Katharina was taken under the wing of an old alchemist when she arrived to Arta. Trained as his disciple, she eventually inherited the Alchemy Workshop after his passing. 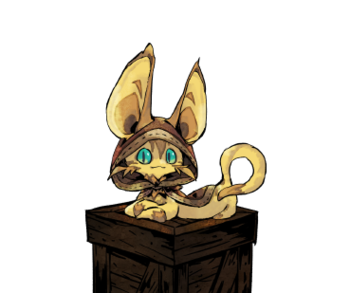 Probably some kind of animal…? Neither a dog nor a cat, what Steffen is may be impossible to guess. Undeniably cute, but behaves in such a humanlike way that it gets creepy. 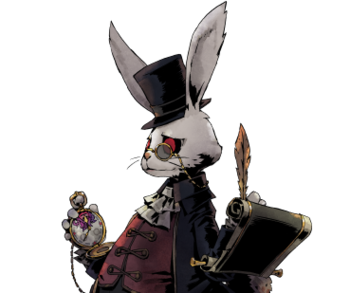 An enigmatic gentleman in the form of a rabbit. Always dressed to the nines in a tailcoat. Shylock is a mysterious entity with an easygoing and good humored personality. 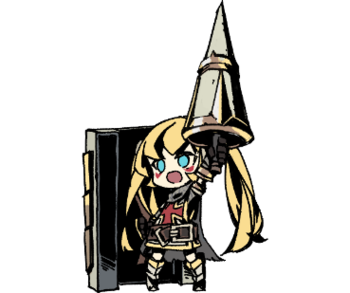 As a knight of the Order of the Cross, the Paladin protects her allies from the forces of evil. She had a strong physique, but was cursed by a demon, forced to assume a child-like form. In spite of her weak frame, she trained hard to grow as a knight. The Paladin's greatest wish is to break the curse and return to her normal self. Extremely prideful and even arrogant, she hates being treated like a child. 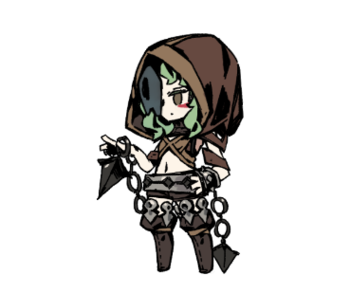 A master assassin from a cult, the Shadow Blade moves like the wind to strike her enemies. Born into a royal family, she was kidnapped at a young age and molded into a killing machine. While the Shadow Blade worked as an assassin, the cult disbanded, granting her freedom. She went on to make a living as a mercenary. The Shadow Blade rarely expresses emotion and has a stiff personality. But she also has an unexpected sweet tooth and love for cute things. 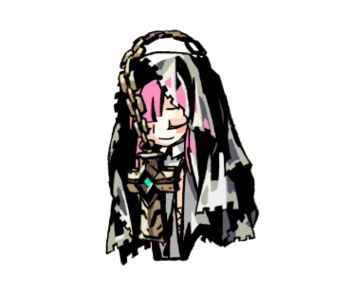 The Sister is a nun from the countryside affiliated with the Order of the Cross. She uses a mysterious power to cure her allies. When she was on the brink of death in her childhood, she heard a strange voice and survived. Believing it to be the voice of God, the Sister follows its every command, even deceiving others. When people accused her of being a witch, she had no choice but to leave her village. Is the voice the Sister hears that of God, or perhaps the Devil? Despite her tender smile and soft-spoken words, there's more to the Sister than meets the eye. 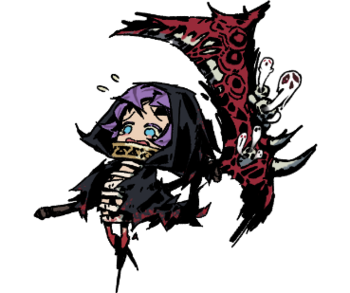 A clumsy rookie reaper who uses her misfortune to torment her enemies. She was put in charge of collecting human souls. But in her carelessness, she lost the "List of the Dead," and cannot return to the Netherworld. The Grim Reaper relentlessly searches for the list so that she can go back home. While kind and innocent, she is cursed by bad luck. 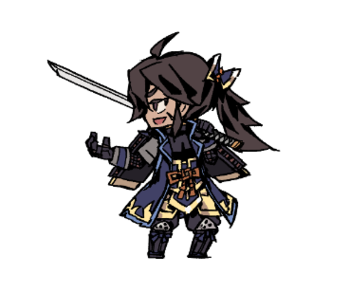 Hailing from a distant kingdom in the Far East, the Ronin is an ex-general with keen insight. On the battlefield, his know-how helps him protect his allies. He obtained a cursed sword from a monster, but it drove him mad, making him kill his own lord. To repent for this dishonorable act, the Ronin took off to live the life of a vagabond. Although he looks unaffected, the Ronin is actually a devoted samurai who is deeply passionate. 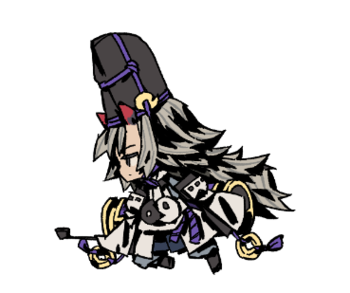 Wielding his clairvoyance and insight of Yin and Yang, this half-demon purifies evil energy. With a demon for a father and human princess for a mother, the Onmyouji was born in human form. When he foresaw the destruction of his home nation using divination, he tried to warn everyone. But no one would listen to his ominous prophecy. In the end, his homeland was ravaged by a deadly plague, just as foretold. Tormented by guilt for his inability to change fate, he resigned to a life of seclusion. Accustomed to his lazy days as a recluse, the Onmyouji finds movement itself to be burdensome. 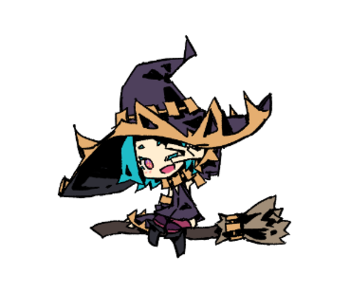 A sorceress gifted with talent in magic, the Witch vanquishes enemies with her mystical powers. She has "Witch Syndrome," a disease that affects adolescent girls, granting them magic abilities. Very few are skilled enough to summon a storm or stop time with a flick of their finger. But even these witches lose their powers once they pass puberty, becoming normal humans. Wanting to retain her magic forever, the Witch is seeking ways to stay afflicted. She is bursting with confidence and an energetic spirit. When taken too far, however, the Witch can come off as snobby or egocentric. 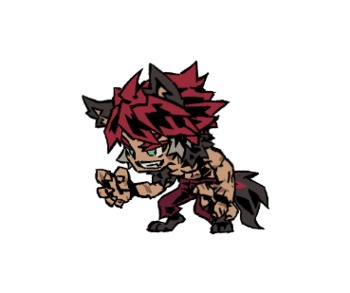 A courageous warrior who knows no fear, the Werewolf is also unfortunately simple-minded. A Wolf god named Fenrir once went on a quest to conquer another god's paradise. He created the Werewolf from his own blood and the body of a human. The Werewolf did his master's bidding, fighting other gods for their land. But during battle, Fenrir was cursed, locked inside an icy prison of eternal sleep. Waiting for his master to rise again, the Werewolf hones his powerful skills by seeking out battles.