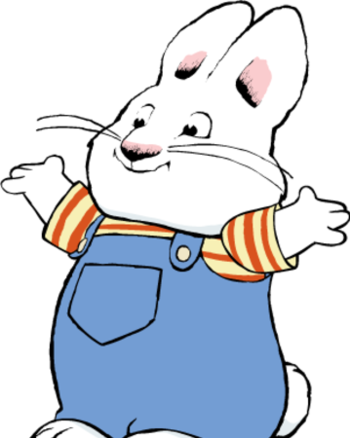 Ruby's three-year-old little brother, who sometimes thinks of tricks to avoid what Ruby wants him to do.
Advertisement:

Max's seven-year-old older sister. She can be bossy.

Ruby's best friend who visits her most of the time. She has a younger cousin named Morris.

A male bunny who lives in the neighborhood. Ruby and Louise have a crush on him.

Ruby's third best friend who sometimes appears along with Louise.