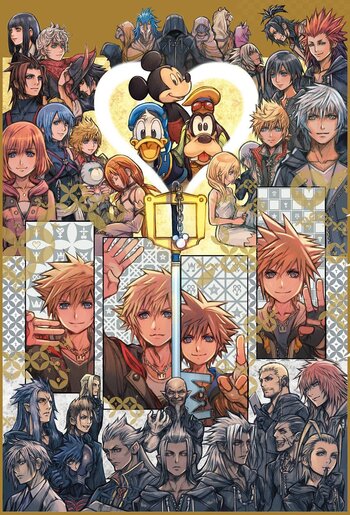 "You never know who you'll run into next."
Being such a Long Runner franchise, Kingdom Hearts has quite the cast, having characters from both Final Fantasy and Disney as well as many original characters on its own. The characters are sorted according to their roles in the overall story of the series.