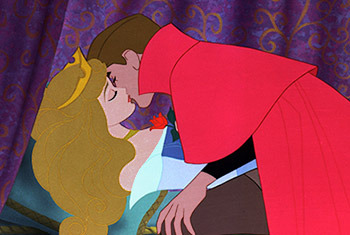 "From this slumber, you shall wake, when True Love's Kiss, the spell shall break."