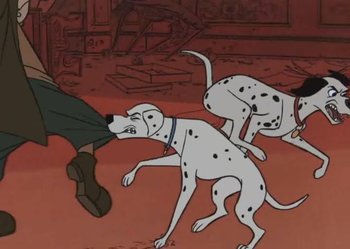 Even a domesticated dog can be a Papa Wolf or Mama Bear.