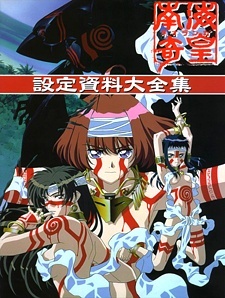 Neo Ranga is a 1998 anime by Sho Aikawa that mixes elements of family drama with social satire, as well as political and religious commentary, focusing on the Musashino area of contemporary Tokyo, and the trials and tribulations of locals in relation to the Shimabara sisters (Minami, Ushio and Yuuhi), three somewhat odd young women who live odd lives.

Oh, and there are monsters and mecha in there somewhere, too.

It was released in the US by ADV Films.