Western Animation / The Willows in Winter (1996) 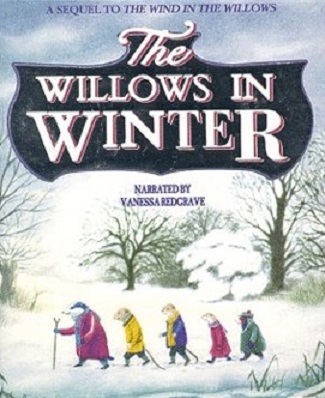 The Willows in Winter is a 1996 sequel to the 1995 film The Wind in the Willows. It is an Animated Adaptation of William Horwood's unofficial sequel to Kenneth Grahame's original novel. Like Willows, it was produced by the now defunct TVC (Television Cartoons) in London and the two tend to be sold together on DVD. Most of the original cast returned to reprise their roles.

The film begins in the summer with Toad entertaining Mole's recently orphaned nephew with a game of croquet. That is, until he sees a plane fly over Toad Hall... Later in the year, Nephew Mole is back at Mole End with his uncle as a violent blizzard blows outside. Enter Portly, who tries to deliver a message to Mole but ends up getting drunk and passing out before he can stammer out more than Rat has said Mole must come at once. Mole sets off to help his friend and almost makes it to Rat's house, but falls through the ice while crossing the river and is seemingly lost forever...

The Willows in Winter provides examples of the following tropes: