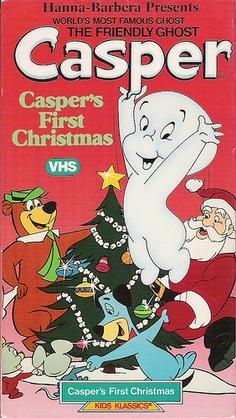 Casper's First Christmas is a 1979 animated holiday special, produced by Hanna-Barbera and originally broadcast on NBC, that might be a Christmas tradition for a lot of fans. However, it's also one of the stranger examples of a cartoon crossover out there.

In the special, Casper the Friendly Ghost and Hairy Scary are not in the future like Casper and the Angels but a modern time. Living in a rundown house (set for demolition) on Christmas Eve, who would happen to show up but Yogi Bear and friends?

Followed a year later by Yogi's First Christmas, despite Yogi and friends already knowing about and celebrating Christmas in the Casper special. Yogi and the rest of the gang would also return for more seasonal hijinks in 1982's Yogi Bear's All Star Comedy Christmas Caper. Two decades after Hanna-Barbera and Casper parted ways, Casper would star in the 2000 straight-to-video film Casper's Haunted Christmas, loosely based on the 1995 feature film's continuity.