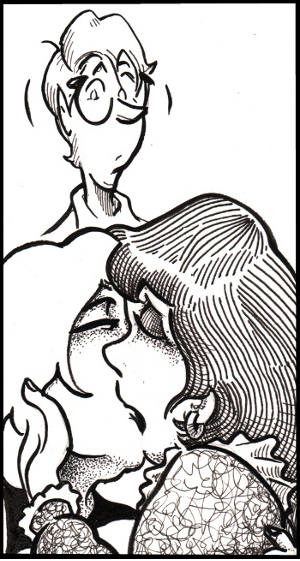 is a Mundane Fantastic webcomic by Charlie Wise. Follow the comedic misadventures of Larry Pye, Edison Lighthouse, and Stephanie Rossum, as they try to make a Love Triangle work. Groovy, Kinda is unique in that the leads are predominantly in their late 30s to early 40s.
Advertisement: