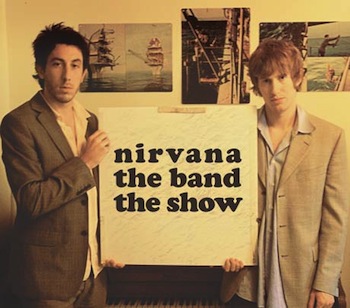 The show follows their misadventures trying to get their band—Matt improvising to Jay's piano-playing—booked at the Rivoli, a local dive. Hilarity Ensues when they come up against minor and often self-created issues in getting themselves booked and decide to resolve them through usually illegal means. The series is shot in a fake documentary style.

The web series was produced from 2007-2009. Nirvana the Band the Show the Website is now defunct and the web series is officially offline.

The television show, which gained an extra "n" in "Nirvanna", premiered February 2, 2017 on Viceland (now known as Vice on TV). Episodes are available on the Vice website

Not Nirvana the band.