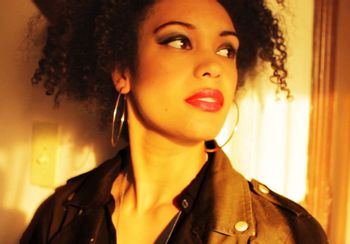 No Boys Dorm is the "shoujo-inspired spiritual sequel" web series from the creators of (My) Immortal: The Web Series.

Lara No, a former criminal who left Toronto to escape her past, is forced to return after her apartment burns down, and to stay with her brother Leon in the boys' dorm at the mysterious Academy. When the RA demands to know why she's there, the handsome Elite student Takashi Tesumi covers for her, pretending to be her boyfriend.

But Lara finds an enemy in Teela Tether, the richest and most powerful student at the Academy, who wants Takashi for herself— and vows to expose Lara as a fake. She enlists the help of the Shadow Order, a mysterious group who serve the Elite by any means necessary.

Lara and her friends— fierce and talented Alba, bubbly and adorable Moe, stylish and overdramatic Jason, computer genius Isaac, and quiet and bookish Leon— must stay one step ahead of their enemies, help the people around them, and navigate the strange world of the Academy.

The show debuted late 2015 and can be found here

No Boys Dorm contains examples of: