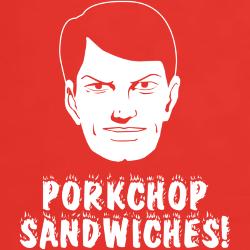 Once upon a time, back when the Internet as we know it was still in diapers, a madman named Eric Fensler took 25 old public service announcements from the G.I. Joe: A Real American Hero cartoon and turned them into subversive comedy genius. Needless to say, they went memetic.

All of them can be viewed on this

"remaster" by hand-editing the original PSA's (from their own DVD release) and adding Fensler's audio. In any case, they really have to be seen to be believed.