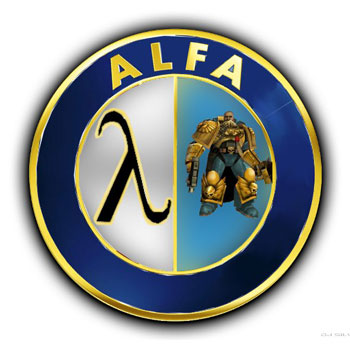 Originally a Steam group dedicated to Warhammer 40,000 based games and the love of Indrick Boreale it eventually evolved into a fictional Marine Chapter in the 40k verse. The group has since gone under many changes, while previously embracing the memery that came with the original subject matter, several veteran members of the group have since attempted to try and weed out the general absurdity and insanity that has been plaguing it.

The Legion itself is little more than a Ragtag Bunch of Misfits, though.