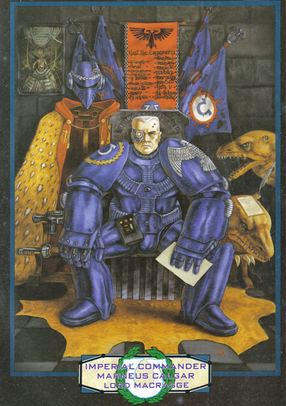 A Turn-Based Strategy game that is infamous for being as hard as Dwarf Fortress, this game shows just how hard it is to run a chapter properly. From being forced to maintain your own ships, to amassing your own resources, training and other necessities, it often seems as if your chapter lurches from one extreme to the other, and your death is inevitable. Additionally, the game itself is constructed in a very similar way to Masterof Orion, including the fleet space traveling part.

Just how the universe likes it.

It had a very troubled development history, but was eventually released online on August 6th, 2014, though as a mod to an ostensibly different game named Interstellar Army Simulator, in order to avoid troubles with Games Workshop lawyers. More details on how to download it here